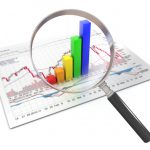 We can provide a range of consulting services for your business, including economic modelling and cashflow analysis. Our  methodologies have been developed over more than two decades.

The Strategic Concepts Inc. (SCI) value added economic impact model was developed specifically for large scale resource projects and has been applied to numerous oil and gas, mining and energy  resource projects being proposed or in operations in Canada.

The value added economic impact model is based on the principal of tracking expenditures through the economy and applying reasonable coefficients to determine direct, indirect and induced impacts on employment, incomes, gross domestic product, and taxation. The economic impact parameters used in the model are derived from data obtained from a number of sources including Statistics Canada, the Canada Revenue Agency, various provincial government departments and agencies and from economic impact assessments completed on other resource projects.  The primary sources of information used in the economic impact analysis are construction phase expenditure profiles and the ongoing operating costs that are generally prepared by proponent and provided to SCI for the purpose of estimating economic impacts.

Core cost components that drive the economic impact analysis are costs associated with labour, materials, services and equipment.  The decomposition of expenditures into these and other cost types allows for a more precise calculation of employment and incomes generated by the capital and operating phases of each of the project components being analyzed. From these types of expenditure decompositions, the direct employment and income impacts are calculated by applying an estimate of labour cost per person year of employment to the direct expenditures allocated to labour.

Next, indirect impacts are estimated by applying supply or capture rates for materials, services and equipment.  The expected proportions of each expenditure component to be purchased by jurisdiction are estimated in consultation with the project proponent and engineering firm. Within each jurisdiction, SCI weights these capture rates by value-added parameters to more accurately reflect the import content of each component. More specifically, the value-added parameters utilized in the economic impact model are contingent on both the type of goods and services required and the ability of the business communities in the local community, and across the country, to supply and/or add value to the particular type of good or service required by the project.  From this detail, it is possible to derive the indirect employment and incomes that flow from the business opportunities associated with the project. By way of illustration, indirect income impacts are calculated as the product of the direct expenditure impacts, the assumed capture rate and the estimated valued added factors. From this income, employment estimates are obtained by dividing indirect income by an average representative income associated with indirect employment.

Following this is the calculation of induced economic impacts that result from construction and operations. These are determined by applying an appropriate income multiplier to the direct and indirect incomes generated by jurisdiction.  The value of output produced or GDP and income effects are reported for all jurisdictions’s being analyzed as well as Canada as a whole.

The final step in the economic analysis involves calculating taxation impacts for the provincial and federal treasuries utilizing taxation scalars.  The direct and indirect personal income tax parameters are obtained from the most recent taxation statistics available through the Canada Revenue Agency’s website.  They are estimated based on the implied average tax rates and federal/provincial government split of taxes for income ranges that correspond to the direct and indirect labour incomes earned by workers associated with the project.  The indirect corporation income taxes are taken to be the current tax rate in each jurisdiction applied to the estimate of corporate profits associated with the indirect income estimate for the project.[4] The induced tax parameters for personal income and corporate income tax parameters were derived by using Ordinary Least Squares regression to each of the taxes and GDP calculation within each jurisdiction. Induced HST revenues were calculated by applying the statutory rates to induced GDP in each jurisdiction.

One of the most important concepts to appreciate in assessing the economic impacts of any project is the leakage from the local economy because leakages determine the size of the income multiplier that can be expected for a given level of expenditure. Leakages are the different ways by which money spent in the area can be withdrawn from the local economy, rather than be re-spent. High leakages will result in relatively low impacts through small income multipliers and vice versa.  There are three main sources of leakages that reduce the amount of money available for re-spending in the local economy: (1) imports of goods and services, (2) government taxes, and (3) savings and retained earnings.

SCI typically runs an Input-Output (IO) profile in support of each economic impact analysis being undertaken using data reflecting the specific industry in Canada. The input-output analysis is run to determine reasonable ranges of the leakages that result for the various types of expenditures.  These estimated coefficients are then utilized to confirm and refine the portion of project expenditures that can reasonably be expected to be produced within each province. The coefficients generated through this work, along with the study team’s experience with similar resource projects and from discussions with project developers get reflected in the value added capture rates used in SCI’s reports.

Direct impacts are those associated directly with the project.  For example, direct operating employment is composed of people who operate the facilities or are engaged in maintenance activities on resource projects.  On the other hand, direct capital phase employment is composed on individuals directly involved in construction activities such as building power plants or operating heavy equipment used to construct resource projects.  Indirect impacts are those impacts associated with materials, services and equipment purchased by the project during its operating and construction phases.  This would include, for instance, the extra workers needed by the contractor to meet the project’s needs for concrete or the extra employees needed by the contractor who supplies services to the developer during the operations phase of the project.  Induced impacts are those occur in the services sector throughout the economy as direct and indirect incomes get spent throughout the economy.  This would include extra employment in restaurants, hotels and the retail sector that is supported by the project.

In the value added economic model, a person year of employment is defined as 2,000 hours per annum, worked by one or more individuals within the calendar year considered.

The proportion of indirect income allocated to corporate profits are derived as the average proportion of corporate income profits as a share of GDP, which is derived from the most recent Provincial Economic Accounts data for Canada and the provinces.